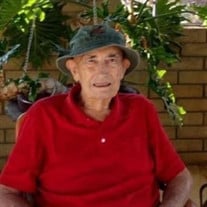 Bernard “Barney” John Madigan, the second of five children, was born on December 16, 1930, in Fond du lac to Lester and Amy (Grady) Madigan. He passed away peacefully May 4, 2022 (age 91). Bernard grew up in Rosendale where he graduated from Rosendale High School in 1948. He attended college at Platteville University but found a way to hitchhike home on the weekends to provide support to his family. He graduated with a degree in agriculture May 1952. He served in Korea from 1952-1954 in the surveyors’ unit of the Army. He received an MBA from UW Madison in 1966 with his wife and four children in tow. He had a successful teaching career, first at Rosendale High School then Moraine Park Technical College. A hard-working man, he took on several other jobs such as prepared taxes for local farmers, drove school bus, officiated youth sports, worked the night shift at the canning factory, helped on the family farm and had a radio show called “Barney on the Farm.” He spent his free time in service to his family, community, church, and country. He was a charter member for the Rosendale Lion’s Club, member of the American Legion, active in the FFA, served as president for the Fond du Lac Area Teachers Association, and donated milk each week to the local food pantry. He was an avid sports enthusiast who didn’t care who won, as long as it was the Chicago Cubs! He played baseball with the Rosendale Merchants and softball well into his 50’s. He enjoyed traveling and a good beer. He shared tales of his adventures often and found friends wherever he went. He was a proud Irishman and had a love for life that was contagious. He never had a bad meal or met someone he didn’t like. Barney was preceded in death by his first wife Constance (Morris) Madigan, brother Patrick (Carol) Madigan, sister Aileen (Mike) (Elmer) Straseski Black, brother-in-law Thomas Halfman, daughter Kathy Smee Sabel and son Don Smee Barney will be missed by his loving wife Sue (Smee) Madigan, sister Maureen “Enie” Halfman, brother Terry (Karen) Madigan, children Cindy Madigan, John (Jing) Madigan, Linda (Walt) Isler, Patty (Jeff) Brown, Susie Madigan, Debbie (Mark) Mejia, Chuck (Lori) Smee, daughter-in-law Lou Anne Smee, 14 grandchildren and 10 great grandchildren, many nieces, nephews, cousins, and extended family. SERVICES will be held at Our Risen Savior Catholic Church, N6499 County Trunk Y, (Woodhull) Eldorado, WI, 54932 on June 24, 2022. Visitation 9 am – 11 am, with Mass starting at 11 a.m., followed by Inurnment at St Mary’s Cemetery in Springvale. A celebration of life will start at 12:30 pm at Eldorado Community Center, N7664 County C, Eldorado, WI 54932. Barney was a player, coach, umpire and supporter of both Eldorado and Rosendale softball. In lieu of flowers, donations may be made toward a memorial in Barney’s name for the Taylor Park softball renovations. Checks can be made payable: Rosendale-Eldorado Softball League N7856 Blewett Rd Eldorado, WI 54932.

The family of Bernard "Barney" J. Madigan created this Life Tributes page to make it easy to share your memories.

Bernard “Barney” John Madigan, the second of five children, was...

Send flowers to the Madigan family.