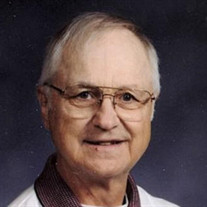 Gerald "Sarge" Marking, 83, passed away on June 24, 2021. Sarge was born on September 8, 1937, in Baraboo, WI to parents, Nicholas Marking and Lila Zenfennig. Sarge graduated from Baraboo High School in 1956, while in high school, he was Prom King his junior year, he played football, basketball, baseball, tennis and swimming. He graduated from UW Platteville in 1963 with an Industrial Technology degree. He taught Technology Education at Campbellsport High School from 1963 - 1995. In the summer of 1995, he received a call from Dick Bestor, Principal at Theisen Middle School in Fond du Lac, WI, Dick offered Sarge a position teaching woodworking at Theisen. Sarge taught at Theisen from 1995 - 2010. Sarge taught for a total of 48 years. He loved his students, his wrestlers and teaching. Sarge was in the United States Army Reserves for 26 years and retired as a Major. He had graduated from Officer Training School at Ft. McCoy, Sarge started the Campbellsport High School Wrestling Program in 1966. His many teams over 29 years of being CHS Head wrestling Coach, won many Conference, Regional, Sectional Titles, and won 2nd place at the State Wrestling Tournament before high schools were divided into divisions. When the high schools were placed in various divisions, his wrestlers won the Wisconsin State Wrestling Title in their division. He had many Individual Wrestling Champions throughout the 29 years Sarge was Head Wrestling Coach. Considering Sarge has never wrestled, starting the CHS Wrestling Program in 1966 - 1995, he is and always will be a Respected Coach and Person. Sarge was inducted into the State Wrestling Coaches Hall of Fame and also inducted into the Campbellsport High School Athletic Hall of Fame. In his spare time, Sarge loved to go fishing on Long Lake where we lived for 35 years. He caught his quota of Blue Gills every day, yum! Long Lake was the perfect place for Sarge to take his boat out, go down to our pier, put his boat in and go fishing with his friends. Sarge is preceded in death by his parents, Nick and Lila, his nephew, Brett Marking, many Aunts, Uncles, Cousins and his Special Aunt, Sister Mary Henry Marking; also his parents-in-law, Edward P. Kreuser and his wife Elizabeth, Brothers-in-law, Edward J. Kreuser, Laverne H. Kreuser and his wife, Shirley G. Kreuser and Richard "Dick" Scott. Sarge is survived by his wife of 48 years, Beverly, his sons, Craig A. Marking, his wife, Tina and their daughter Haley R. Marking, Nicholas E. Marking, his wife, April and their twin daughters, Kaitlyn and Elena, his brothers, Charles "Chuck" Marking and his wife Jeanne, their 3 sons, Randy, Rob and Jon and their families, William "Jack" Marking and his wife, Sue, and sister-in-law, Mary Jane Scott and son, Kevin and his wife, Brittany and their two children, Connor and Emery Rose. A Special Thank you to Mr. Don Kurki of Kurki Funeral Chapel in Fond du Lac, WI. Sarge, until we meet again, Our Loving Memories of You will always be with us. Private Memorial Services were held and Cremation has taken place. Memorial cards may be sent to 464 Upper Main St. Lomira, WI 53048

Gerald "Sarge" Marking, 83, passed away on June 24, 2021. Sarge was born on September 8, 1937, in Baraboo, WI to parents, Nicholas Marking and Lila Zenfennig. Sarge graduated from Baraboo High School in 1956, while in high school, he was Prom... View Obituary & Service Information

The family of Gerald "Sarge" Marking created this Life Tributes page to make it easy to share your memories.

Send flowers to the Marking family.