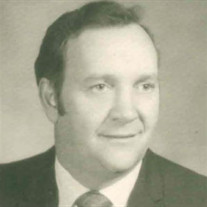 Harry T. Matthews passed away peacefully at Agnesian Hospice Home of Hope on January 5th, 2020. Everyone who knew him and loved him believes he decided to join the love of his life, Joan Matthews, who went to heaven before him on December 24, 2019. Harry was born October 27, 1930 in Dubuque, Iowa. Harry left Dubuque as a young man worked a wide variety and met Joan in Milwaukee 1956. He said he saw her walking down the street and that she was the most beautiful girl he had ever seen and that he just knew she was “the one”. They married on January 18, 1957. Harry spent a large part of his life operating Harry’s Lakeview and The Harbor Minor Bar in Columbia Park. After leaving the restaurant business he embarked on a successful real estate career. Together, he and Joan operated Matthew V Real Estate for many years. As broker/owners they worked hard and were successful in building an organization that served many buyers and sellers in the community. Harry was a “big” personality. Harry was not known for filtering his words and was never shy about offering his opinions and perspectives. Those that loved him and knew him could always be sure that with Harry the saying of “What you see is what you get” described him through and through. Definitely no pretenses…he was Harry and he was one of a kind. Harry’s life changed dramatically when he quit drinking in 1977 and discovered the AA Fellowship. He was proud of his 42 years of sobriety and always held on to the fact and believed that recovery remained a One Day at a Time process. He also held strong to the tenet that life was about Progress and not Perfection. Jesus also became a vital part of Harry’s life when he met Him early in his recovery. Harry read the Bible and held fast to his faith. He always trusted that at the end of this life he would rejoice with the Savior in Heaven. In his retirement years, Harry enjoyed taking his moped out to Lakeside Park for rides and fishing from the shore, playing golf, drinking coffee and reading the paper at The Blue Goose, chatting and sharing stories with friends (and anyone who would listen) and watching the Packers and the Badgers. He also was happy whenever he could spend time with his family. Harry is survived by his daughter Paula Thalacker (Brian), 3 sons, Tom (Karen) and Mike (Andrea Wimmer) and Cary (Phyllis) of Dubuque, IA. He is also survived by 11 grandchildren, 8 great grandchildren, and sister-in-law, Judy Braun (Mike Herzer). Faithful friends include Ray, Bill, Dale and Pastor Rob and Rhonda. Shelly Swenson was special to Harry and he was thankful for her dedication to both he and Joan. He was preceded in death by his wife, Joanie, and his 5 sisters (Enola, Mary Ellen, Gloria, Madonna and Colleen) and an infant daughter, Debbie. Special Thanks and appreciation to the Hospice House of Hope caregivers who have such huge servant hearts and who serve with such grace. VISITATION: Since Harry and Joanie decided to settle into their new Home within 12 days of each other, a joint visitation will be held on Saturday, January 18th, 2020 from 9:30-11:30 at Kurki-Mach Funeral Chapel, 31 East Division Street, Fond du Lac. SERVICE: A celebration of life to remember them will be held at 11:30 a.m. at Kurki-Mach Funeral Chapel. They will both be missed by many but all can be comforted in knowing they are now dancing together again with no sickness and no pain. In lieu of flowers, memorials for Joan and Harry should be directed to Hospice Home of Hope, 400 County Rd. K, Fond du Lac, WI 54937. Kurki-Mach Funeral Chapel & Crematory is serving the family, www.kurkimachfuneralchapel.com. 920-921-4420

Harry T. Matthews passed away peacefully at Agnesian Hospice Home of Hope on January 5th, 2020. Everyone who knew him and loved him believes he decided to join the love of his life, Joan Matthews, who went to heaven before him on December 24,... View Obituary & Service Information

The family of Harry T. Matthews created this Life Tributes page to make it easy to share your memories.

Send flowers to the Matthews family.