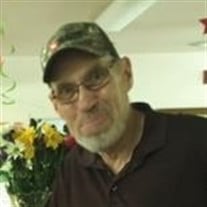 Jeffrey A. Westphal, 72, of Fond du Lac, passed away on Tuesday, January 21, 2020 at St. Agnes Hospital. He was born on April 5, 1947, in Fond du Lac, the son of Harvey E. and Carol A. Kraft Westphal. He was a graduate of L.P. Goodrich High School, Class of 1965. On July 3, 1971, he married Kristina M. Brandt in Fond du Lac. She preceded him in death on September 24, 2008. Jeff was a veteran of the United States Army, serving in Alaska after graduation until May 1972. He worked at Mercury Marine for over 40 years. He was a member of the Fond du Lac Dartball League, playing on the Miller’s and Frenchies teams. He enjoyed golf, and played in a league at Rolling Meadows. He was an avid gambler and enjoyed Broadway shows. He is survived by his children: Anna (Scott) Isensee of Menomonee Falls, WI and John (Jessica) Westphal of Fond du Lac; four grandchildren: Jonah, Audrey, Chase and Jaxin; his brother Stanley (Carolyn) Westphal of Mesa, AZ; his brother-in-law Bill (Patty) Brandt of Fond du Lac, and his lifelong friends Jim and Kathy Wartner of North Carolina. He is preceded in death by his parents and his wife. VISITATION: Friends may call on Monday, January 27, 2020 from 4:00 – 6:00 PM at Kurki-Mach Funeral Chapel & Crematory, 31 East Division Street, Fond du Lac. FUNERAL: Memorial services will be held on Monday, January 27, 2020 at 6:00 PM, at Kurki-Mach Funeral Chapel & Crematory, with Rev. Ted Drewsen officiating. Cremation has taken place.

The family of Jeffrey A. Westphal created this Life Tributes page to make it easy to share your memories.

Send flowers to the Westphal family.