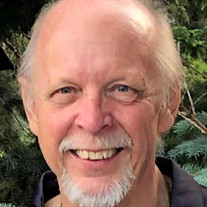 Jim “GOOGLE” Borndahl, received his angel wings on Tuesday, October 12, 2021, with his wife and daughters by his side after a strong and courageous battle with cancer. Jim was born on December 27, 1954, to Robert and Joyce (Steinbarth) Borndahl. Graduated from L.P. Goodrich High School, Class of 1973. On September 20, 1975, he married the love of his life Deb Borndahl. Jim considered himself a very lucky man having 3 families, his family, his Google’s Inn family and his Fond du Lac 8-Ball Pool League family. He sponsored numerous softball, pool, bowling and dart teams throughout his years in business. He enjoyed spending time watching the Packers, Brewers, Bucks, NASCAR and feeding the birds. But his favorite was watching his grandchildren participate in all their sporting events. Jim also enjoyed watching Danny in Counting Cars and Olivia in SVU Special Victims. Jim owned and operated Google’s Inn for over 44 years, and ran the Fond du Lac 8-Ball Pool League for over 20 years. He took great pride in his business and all the pool shooters success. He was the family official time keeper. He was a man of his word and greatly respected by all. Google was a man of few words but always communicated well with his customers and dear friends. YUP he was that kind of guy. His favorite thing to tell people was: “I was GOOGLE before Google.” He is survived by his loving wife Deb of 46 years, his daughters: Heather (Terry) Huseman and Heidi (Aaron) Potratz; his grandchildren: MaKenya, Olivia, Landon and Jameson; sister-in-law Terry Borndahl, two goddaughters: Nikki Casper and Carrie Eisenach and his little buddy MOJO. He was preceded in death by his father, mother, two brothers Tom and Jeff. The family would like to thank the Vince Lombardi Cancer Center in Oshkosh, Hospice and Nurse Heather for their wonderful care. Special thanks to Andrea for all the extra help at Google’s this past year. In lieu of flowers, the family requests that you hang a bird feeder in memory of Google. VISITATION: Friends may call from 3:00 – 6:00 PM, on Saturday, October 16, 2021, at Kurki Funeral Chapel & Crematory, 31 East Division Street, Fond du Lac. After the visitation the family invites you to go DOWNTOWN to GOOGLE’S INN to celebrate Google’s life.

Jim &#8220;GOOGLE&#8221; Borndahl, received his angel wings on Tuesday, October 12, 2021, with his wife and daughters by his side after a strong and courageous battle with cancer. Jim was born on December 27, 1954, to Robert and Joyce (Steinbarth)... View Obituary & Service Information

The family of Jim "Google" J. Borndahl created this Life Tributes page to make it easy to share your memories.

Send flowers to the Borndahl family.