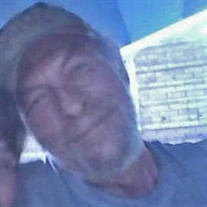 Raymond “Bomber” J. Bombinski, 65, of Fond du Lac, died on Thursday, May 16, 2019, at his home. He was born on October 12, 1953, in Antigo, WI, the son of Carl and Martha A. Koszarek Bombinski. He was a crane operator for over 30 years with Sadoff Iron. He loved camping, snowmobiling, cooking steaks on the grill and his motor cycle. He is survived by his three sisters: Marsha (Richard) Bombinski-Kowalski of Burlington, WI, Carolyn Bombinski of Green Bay and Janice (Roy) Bombinski-Zuege of Greenville, WI; his daughters: Stephanie (Scott) Kroening of Clintonville, Tyra Kolstad of Tampa, FL, Raylyn White of Princeton, WI, Amber Garza of Murrells Inlet, SC, Tasha Kurt of Grand Marsh, WI and Joleen Bostwick of Fond du Lac; 13 grandchildren and 2 great-grandchildren and special friend Toni Miles. He was preceded in death by his parents, infant twin daughters Erin and Sara Bombinski, two infant grandchildren and close friend Kurt. Celebration of Life will take place at a later date. Cremation has taken place. In lieu of flowers, memorials to the American Cancer Society or Alzheimer’s Association.

The family of Raymond J. Bombinski created this Life Tributes page to make it easy to share your memories.

Send flowers to the Bombinski family.