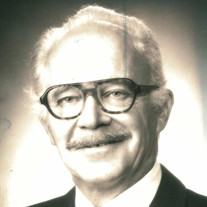 Richard “Dick” D. Phillips, 91, passed away quietly on Saturday, February 27, 2021, at the Woodlands Senior Park in Fond du Lac. He was born on June 30, 1929, in Fond du Lac, the son of Anton and Hulda Matta Phillips. Dick grew up in Crystal Falls, MI. He was a graduate of Crystal Falls High School, Class of 1947. He served in the United States Army, in Korea during the Korean War from 1951-1952. Following the war, he worked in the automobile industry in Detroit, MI. He began his long career with Wisconsin Bell Telephone in 1955, married Marion A. Pitt in 1957, and retired in 1991. Throughout his life, Dick was an avid car enthusiast and an expert mechanic, building his first car from spare parts at the age of 15. He went on to buy and restore several classic vehicles throughout the years. Raised in the Upper Peninsula (UP) of Michigan, Dick returned many times over the years to visit friends and family. He brought his children to the area several times a year, passing on his appreciation for the beauty and history of the UP. Dick was an expert marksman and enjoyed his time as a member of the Wescot Sportsman’s Club shooting range for many years, practicing his skills several times a week until very recently. Dick was a member of Peace Lutheran Church, Rosendale, WI, VFW Crystal Falls, Michigan, American Legion Post #75 and Telephone Pioneers. A devoted family man, Dick is survived by his children: Tony (Lois) Phillips of Baker, FL and Andrea (Dean) Sommer of Sun Prairie, his step son Larry (Marilyn) Zickert of Elkhart Lake, his sister Florence (John) Velluto of Marblehead, MA, his brothers: Tom (Peggy) Phillips of Casper, WY and John (Linda) Phillips of Fond du Lac, five grandchildren and six great-grandchildren. He is preceded in death by his parents, his wife Marion Phillips, his brother Jim Phillips, his step daughter Ann Yakaites and step son Brian Zickert. The family would like to express their heartfelt gratitude to Agnesian Hospice Hope and the Woodlands for their caregiving, compassion and kindness. VISITATION: Friends may call on Friday, March 12, 2021 from 10:30 – 11:00 AM at Kurki Funeral Chapel & Crematory, 31 East Division Street, Fond du Lac. Masks are required for those in attendance. SERVICE: Funeral services will be held at 11:00 AM on Friday, March 12, 2021, at Kurki Funeral Chapel & Crematory, with Chaplain Karen Kraus officiating. Burial to follow at Rosendale Cemetery. Trier-Puddy American Legion Post #75 will conduct military graveside services. In lieu of flowers, memorials may be directed to the Fond du Lac Humane Society. Kurki Funeral Chapel & Crematory is serving the family, www.kurkifuneralchapel.com. 920-921-4420

The family of Richard "Dick" D. Phillips created this Life Tributes page to make it easy to share your memories.

Send flowers to the Phillips family.