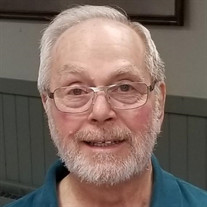 Ronald Benjamin Cohen, age 78, passed away Sunday, September 22, 2019 at Hospice Home of Hope with his daughter Christine at his side along with family and friends. He was born in Fond du Lac, Wisconsin on March 7, 1941, the son of Sam and Alvina Wolf-Cohen. Ron and his father operated Ronnie's fruit market 1958 to 1962, then in 1967 he and his wife Maureen opened Quik Shop Foods in Fond du Lac. In 1980 he built Roll' n Hill Roller-skating rink where he owned and operated the rink the rest of his life. Ron and his wife Maureen created a safe and fun place for many youth in the community. He was also a golden gloves boxer in his youth and won many bouts. On February 11, 1961 he married Maureen L Bertram at St. John the Baptist Church in Johnsburg. He was a member of many organizations: Evening Optimist Club, Elk's Club, Fond du Lac Yacht Club, Roller Skating Association, Model A Club, Fond de Vintage Auto, Model A Ford Club, and the National Viper Club. He enjoyed driving his cherry red viper everywhere. He also enjoyed flying his Cessna 172 airplane around the country, for multiple decades. Per his quote, he also enjoyed television!! Ron was a very sweet and kind hearted man and was very civic minded. He is survived by his daughter Christine Cohen-Trickel, her husband William, and their dog Trooper, as well as his brother-in-law Remer Hutchinson. And his other daughter Christine Drew (Schwalbe). He was preceded in death by wife Maureen Cohen, his parents, and his nephew Remer Bertram Hutchinson (Bert), and his sister-in-law Dr. Elaine Hutchinson. Also, his brother Larry Cohen, Melvin Cohen, sister Clarice Foreyt, and his uncle Forrest Wolf. In lieu of flowers, a memorial fund has been setup for The Fond du Lac Evening Optimist Club Foundation. P.O. Box 1422, Fond du Lac, WI 54936-1422. Per his wishes, Ronnie will be cremated. We want to extend a welcome to all of Ronnie's family and friends for a celebration of life at 4:00, on Wednesday September 25th at Spectrum Roller skating rink.

Ronald Benjamin Cohen, age 78, passed away Sunday, September 22, 2019 at Hospice Home of Hope with his daughter Christine at his side along with family and friends. He was born in Fond du Lac, Wisconsin on March 7, 1941, the son of Sam and Alvina... View Obituary & Service Information

The family of Ronald B. Cohen created this Life Tributes page to make it easy to share your memories.

Send flowers to the Cohen family.