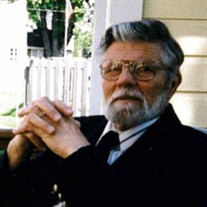 Ronald C. Pinkert, 87, of Fond du Lac, passed away on Thursday, February 24, 2022, at his residence. He was born on April 15, 1934, in Fond du Lac the son of the late Clarence and Ruzella (Hintz) Pinkert. Ronald was a graduate of North Fond du Lac High School and on June 12, 1954, he married Marlene A. Kleinschmidt at St. Peter’s Lutheran Church and was a member of Redeemer Lutheran Church. Ron was a member of the Wisconsin National Guard 127th Infantry Company M & C, Red Arrow Heavy Weapons Division and was honorably discharged in 1961 after eight years of service. He was employed at the Soo Line Railroad, Lien Chemical Co., and coached competitive swimming at the Fond du Lac YMCA, the Madison A & W Swim Club, the Hartford Swim Club, and was the competitive Aquatic Director and Head Coach at the Walter Schroeder YMCA in Brown Deer before retiring in 1998. After his retirement, he was a competitive swim coach at the Fond du Lac Recreational Department and assistant coach at Lake Country Swim club in Hartford. Ron was a awarded the Age Group Swimming Coach of the year in 1991 awarded by the United States Swimming Association and was nominated for the distinguished service award for the Wisconsin Swimming Association in 2001. He was a retired member of the Wisconsin Swimming Coaches Association and the United States Swim Coaches Association. Survivors include his two children, Cindy (Ron) Hills of Wild Rose and Jay T. Pinkert of Austin, Texas; a grandchild, Carrie (Eric) Anderson of Mt. Morris; two beloved great-grandchildren, William and Ember Anderson of Mt. Morris; a brother, Dale Pinkert of North Fond du Lac; a brother-in-law, David (Elsie) Kleinschmidt of Lady Lake, Florida, many nieces, nephews, other relatives and friends. In addition to his loving wife and parents, Ronald was preceded in death by a grandson Jackson, his mother and father-in-law, a sister-in-law, three brothers-in-law and a nephew. VISITATION: The family will greet friends from 1:00 - 2:00 PM on Wednesday, March 9, 2022, at Kurki Funeral Chapel & Crematory, 31 East Division Street, Fond du Lac. SERVICE: Funeral services will be held on Wednesday at 2:00 PM at Kurki Funeral Chapel & Crematory, with Rev. Chris Rathje officiating. Cremation will follow the funeral service. In lieu of flowers, memorials to the scholarship fund "Help Build an Enduring Legacy for Jackson" are appreciated.

Ronald C. Pinkert, 87, of Fond du Lac, passed away on Thursday, February 24, 2022, at his residence. He was born on April 15, 1934, in Fond du Lac the son of the late Clarence and Ruzella (Hintz) Pinkert. Ronald was a graduate of North Fond... View Obituary & Service Information

The family of Ronald C. Pinkert created this Life Tributes page to make it easy to share your memories.

Send flowers to the Pinkert family.