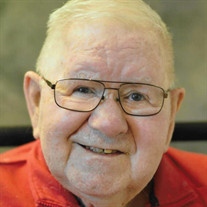 Wallace Spencer Isensee, 79, died peacefully on May 12, 2022, with his final days surrounded by his family. Wally was born on July 17, 1942 in Sparta, WI, son of Harvey Lawrence Isensee and Mildred Mabel (Young) Isensee. He grew up in Brackett Valley near Cataract, WI and graduated from Sparta High School in 1960. He started at UW-Platteville before entering the US Air Force where he served for four years. Wally married Ellen Marie Hanson on August 21, 1965 at Sparta Methodist Church, officiated by Rev. Virgil Nulton. Wally and Ellen moved several times due to his Air Force career and education, living and working in Rantoul, IL, and Minot, ND. They returned to Platteville, WI where he completed his degree in Industrial Arts Education. They moved to Columbus, WI, where Wally started his high school teaching position. They were blessed with a son, Scott Wallace, on March 7, 1974. They lived in Berrien Springs, MI for a couple of years so that Wally could start his career in construction. Then they moved to the Fond du Lac area, where Wally used his Industrial Arts talents to draw up blueprints and estimations for Fond du Lac businesses and homes. During this time, he also worked for the state of Wisconsin at Old Wade House restoring carriages and buildings on the property. Wally and Ellen enjoyed visiting and assisting many neighbors and friends in the area. Wally was an active member of United Methodist churches in the various communities where they resided. At Salem United Methodist Church, he has been active in Bible Study, Loaves & Fish and numerous church events. Wally was the church historian up until the time of his death and was instrumental in the celebration of Salem’s UMC 150th anniversary. Ellen and Wally enjoyed traveling all over the United States and to Germany. They also enjoyed camping, family and school reunions, and dancing. Wally was involved with the Boy Scout program with his son, and he also enjoyed watching stock car racing, especially with his grandchildren. Wally’s passions were for genealogy and woodworking. Wally is survived by his son Scott (Anna) Isensee, Menomonee Falls; Grandchildren Jonah Edward and Audrey Lynn Isensee; brothers Larry Gale (Marilyn) Isensee, Sparta; Brent Dale (Linda) Isensee, Portage; Glenn Harvey (Susan) Isensee, Minocqua; brothers-in-law Howard Lee (Carmell Paul) Hanson, Tomah; Chris Edward (Terri) Hanson, Merrimac; sister-in-law Amy Jean (John) Ahlstrom, Fond du Lac; and many nieces, nephews, cousins, other relatives, and friends. Preceding Wally in death was his wife, Ellen on June 20, 2021, his parents Harvey Isensee and Mildred Huber; in-laws Edward Winter and Mary Alice (Richards) Hanson; brother-in-law Richard Neil Hanson; and sister-in-law, Ardyce Jean (Olson) Hanson. SERVICE DETAILS: A visitation, memorial service, and reception for Wally will be held on Saturday, May 21 at Salem United Methodist Church, 120 Sheboygan St., Fond du Lac. Visitation with family will be held 11:00 a.m. - 1:00 p.m. followed by the memorial service at 1:00 p.m. A reception for family and friends will follow the service in the Fellowship Hall. Cremation has occurred. Burial of the cremains will take place at a later date at Woodlawn Cemetery, Sparta, WI. In lieu of flowers, suggested memorials are in Wally’s name to Salem United Methodist Church. Wally’s family wishes to thank the staff at Harbor Haven Health & Rehabilitation for their wonderful care, as well as the Agnesian Hospice.

Wallace Spencer Isensee, 79, died peacefully on May 12, 2022, with his final days surrounded by his family. Wally was born on July 17, 1942 in Sparta, WI, son of Harvey Lawrence Isensee and Mildred Mabel (Young) Isensee. He grew up in Brackett... View Obituary & Service Information

The family of Wallace Spencer Isensee created this Life Tributes page to make it easy to share your memories.

Send flowers to the Isensee family.