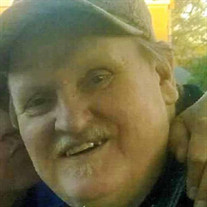 William “Bill” “Will” J. Miller, passed away on Friday, March 12, 2021, at the age of 71. He was born in Fond du Lac on November 1, 1949, the son of Clyde and Beatrice (Leasa) Miller. He graduated from Horace Mann High School, and spent the rest of his life living in North Fond du Lac. Bill was a welder by trade. He worked at Brenner Tank and then eventually the Soo Line Railroad from which he retired. He was an avid hunter, both bow and rifle. His most memorable hunts were in Wyoming for elk, and bear hunting in Wisconsin. He also immensely enjoyed the annual deer hunts up north with friends. Bill was a member of the following organizations: Wisconsin Bowhunter Association, National Rifle Association, Wild Turkey Federation, Rocky Mountain Elk Foundation, and Whitetail Unlimited. He will be deeply missed by his sisters: Florence Moore, Rosemary (Eugene) Lemke, Beatrice (Rick) Welcher and his brother-in-law Wayne Johnson. He will also be fondly remembered and sadly missed by his many nieces, nephews, relatives and special friends, including but not limited to the Schulzes, Streblows, Liffrings, Mischos, Schumachers, Beahms, Hansens and Kavenaghs. He is preceded in death by his parents and his brothers: Edwin David (Peggy) and Rick; sisters: Catherine (Milton) Gohr and Martha Johnson; and brother-in-law Roger Moore. Bill’s silly phone banter and humor will be missed by all. “Why isn’t your nose 12 inches long? Because then it would be a foot and who wants a foot on their face!” Bill was a kind, compassionate and strong-willed man who will always hold a special place in our hearts. Cremation has taken place, and due to Covid concerns, a private service will be held.

The family of William "Bill" "Will" Miller created this Life Tributes page to make it easy to share your memories.

William “Bill” “Will” J. Miller, passed away on Friday, March...

Send flowers to the Miller family.